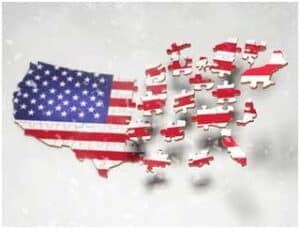 The legality of skill gaming activity varies from state to state in America. Federal law does not specifically prohibit skill gaming. The relevant federal statute, the UIGEA, defines the term “bet or wager” to include: “the staking or risking by any person of something of value upon the outcome of a contest of others, a sporting event, or a game subject to chance, upon an agreement or understanding that the person or another person will receive something of value in the event of a certain outcome.” Wagering on the outcome of a game of skill, where the bettor is a participant, is not included in this definition. Therefore, regulation of skill gaming is left up to the individual states. In fact, this activity remains unregulated in many states, although some states do restrict skill gaming by statute or case law. Even in the states with a specific prohibition, the answers are far from clear.

For example, Florida law prohibits wagering on any contest of skill. But courts have found that the restriction does not apply to participating in a skill-based games, so long as the prize is not made up of entry fees, the prize does not vary by the entry fees collected, the operator does not compete for the prize, and the prize is announced in advance of the contest. In such instances, the player is not “wagering” on the outcome. Other states similarly restrict wagering on games of skill but make room for skill-based competitions. In those states, a head-to-head bet on the outcome of a game is generally prohibited, whereas paying to enter a tournament with pre-announced prizes can be lawful.

2. Legal Tests for the Element of Skill

To further complicate the issues, courts across the country use different tests to determine whether a particular game is one of skill or chance. The “Dominant Factor” test inquires whether the outcome of the game is determined more by the participants’ relative skill rather than by chance. The primary question is whether chance or skill is the dominant or controlling factor in determining the winner of the contest or game. The “Material Element” test focuses on whether chance plays any significant role in determining the outcome of the game. Under this variation, it does not matter whether skill plays a significant, or even dominant, role in determining the outcome. The game will be deemed gambling if chance plays a meaningful role. The most restrictive test is known as the “Any Chance” test which evaluates whether chance plays any role whatsoever in determining the winner. Under this test, if any element of chance affects the outcome, then the game is considered one of chance. While these tests are the most commonly used by the courts, some states have not settled upon a specific test, or have created their own unique analysis of the skill element.

Given the different tests outlined above, a skill game can be deemed illegal gambling in one state but legal and unregulated in another. This, along with the differing interpretations of what activity constitutes “wagering,” makes it challenging to readily identify which states allow or prohibit games of skill. If a specific gaming activity can be deemed gambling, acceptance of bets or wagers by the operator is prohibited by federal law as well.

States also vary in their treatment of certain types of skill games. Some games of skill may be prohibited even if skill gaming is otherwise generally allowed. For example, some states have passed laws which specifically prohibit wagering on “fantasy sports” teams. In other jurisdictions, land-based skill gaming machines must be licensed by a state’s gaming authorities. Moreover, some states equate skill-based gaming devices with slot machines, and highly regulate their possession or operation. Therefore, the specific game of skill must be evaluated based on the applicable statutes in each state. 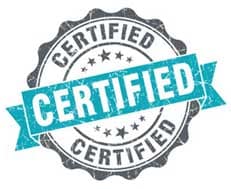 4. The Importance of Certification

Skill gaming operators often seek certification of their game from a gaming laboratory which evaluates the skill and chance elements in light of the applicable tests. Such a certification is helpful in determining how a court might rule on whether a specific game may qualify as one of skill rather than chance. Gaming labs will test the operational features of the game and provide a scientific analysis of the prevalence of skill versus chance in determining the winner. Given the substantial criminal penalties that are associated with operating an illegal gambling enterprise, it is essential to fully evaluate this critical gaming element. A certification can be useful if an operator is ever called upon to defend the legality of the game.

As is evident from the above, any specific list of states where skill gaming is legal is elusive. State laws are routinely passed, amended, and repealed. Courts render new opinions on these issues at an unpredictable pace. Ask 3 lawyers for such a list and you may get 3 different lists. The only reliable way to evaluate the legality of a particular skill game in the United States is to engage experienced gaming counsel to render a legal opinion. With that information in hand, operators can confidently identify jurisdictions where their games can be safely offered.

Lawrence G. Walters is the operator of Walters Law Group, and has represented clients in the skill gaming field for over 30 years. Nothing contained herein is intended as legal advice. Mr. Walters can be reached at www.firstamendment.com or on social media @walterslawgroup.